Get fresh music recommendations delivered to your inbox every Friday.

by Ralli Rock & The Moan of the Sky 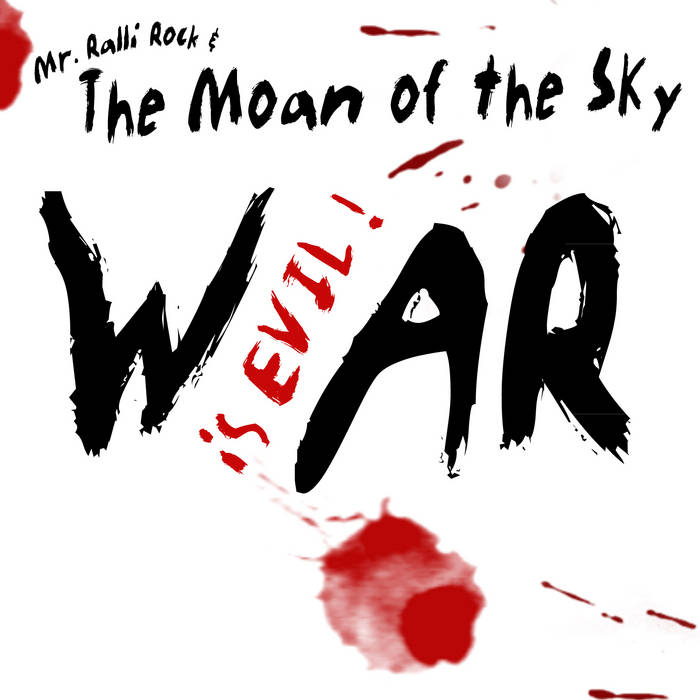 You pay what you want, but keep in mind that almost the complete income of this song will be forwarded to an organization helping victims of war!

Anyways, this poor little song was the result.
It was written and recorded within two days, after Ralli has cut a video from youtube video footage, taken by witnesses these days from the war.
Later the video got edited here and there, but not that much.
The video is available at YouTube and is included here with this download!

This song came from the heart with the victims (and that "old war men") in mind and it came spontaneously.
Sometimes we have to do something, have to shout it out, even such simple and naive messages.
Sometimes the simplest messages are the best ones and sometimes they HAVE TO be simple.
"War is EVIL!". Period.

You can download this song and donate a few cents (if you want), which would be more than appreciated, cause
half of the income of this song will be forwarded to an organization helping the victims of the Gaza war.

PS: There is one scene in the video showing shocking material. It was filmed by a witness (like the other stuff)
First I wasn't sure to use this scene, but then, sometimes we HAVE to see the true ugly face of war and what it does to the people and- in this scene- to a child!
"Ralli Rock"

Ralli Rock and The Moan of the Sky Germany

Contact Ralli Rock and The Moan of the Sky

Ralli Rock and The Moan of the Sky recommends:

Bandcamp Daily  your guide to the world of Bandcamp